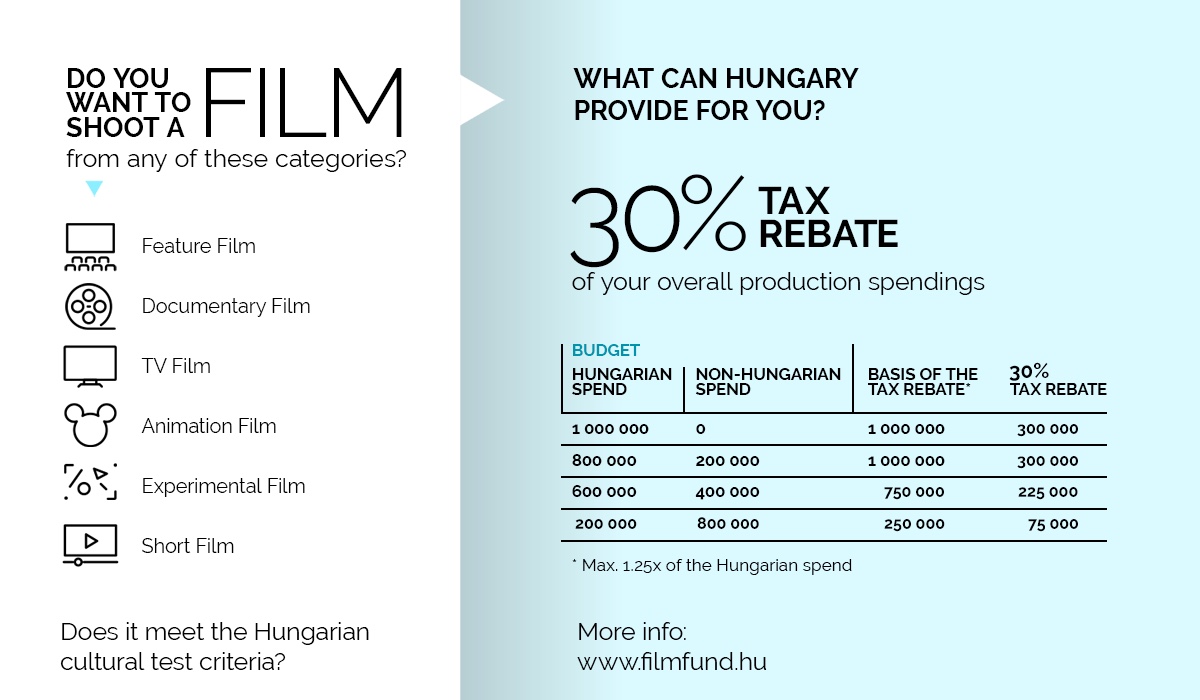 The European Commission has approved the request of the Hungarian National Film Fund, whereby the annual overall amount for the support should be increased to 18.5 billion HUF (app. 63 million EUR). This almost doubles the present amount. The tax incentive system is available for foreign films shooting in Hungary, as well as for Hungarian movies.